When a magician turns a peanut into a coin he draws your eye to his left hand while he makes the switch with his right.  He usually does this with a shiny object.  Perhaps a flash of fire and a puff of smoke or a fistful of glitter.  It looks impressive but the real work is going on in 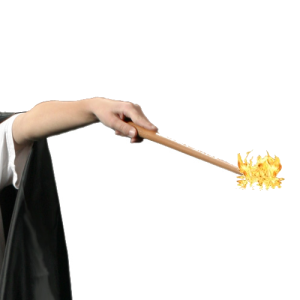 the other hand.  It’s a distraction.

Throughout this blog you will read the phrase “shiny objects” a lot.  For our purposes shiny objects are the tricks that politicians use to distract the citizenry while they apply their legislative slights of hand.  They are usually hot button topics that are important to small, vocal groups but are second tier in the grand scheme of things.  Their resolutions, though important are not crucial at the moment.  Quite frankly they can wait.

Chief among the shiny objects are gay marriage, abortion and class warfare.  The media constantly declares that Americans are split down the middle on each of these issues but that is a lie.  More accurately the divide on each hot button topic is more like 30% are for them, 30% are against them and the remainder of Americans don’t really care either way.  I will expound on each later but for now I will give a brief explanation of my views on what I believe are not critical issues to the nation as a whole, at least not right this minute:

Gay Marriage: On down the road I will expound on the entire notion of marriage as an institution that will better explain my viewpoint but for now I will simply say that the only people who’s opinion really counts on the issue of gay marriage is that of gays.  If you are, like me, a heterosexual then whether or not two gay people marry is none of your business.  Period.

Abortion:  I actually have two points of view on this.  The Supreme Court has deemed that terminating a pregnancy is the right of the mother.  That is the law and I don’t think another dime of taxpayer money should be wasted on this issue.  At the same time, law and morality are not the same thing.  Abortion is legal but immoral.  Marijuana use is moral but illegal.  Rape is both immoral and illegal.  I challenge you to show me where smoking a joint is more dangerous than getting an abortion. I also challenge you to show me where getting an abortion is any less heinous than committing rape; just don’t spend my tax dollars making your case.

Class warfare: The Declaration of Independence states that “We hold these truths to be self-evident, that all men are created equal, that they are endowed by their Creator with certain unalienable Rights, that among these are Life, Liberty, and the Pursuit of Happiness.”  This means that once the doctor smacks that ass you are on your own.  You are not entitled to happiness, just the pursuit of it.  The word “pursuit” is a declaration that you have to work for it.  If you take your happiness from someone against their will you are a thief.